The Orange is the New Black actress appeared in a Will & Grace episode on Thursday (March 21). Wiley starred as Nikki, a woman who is trapped in Karen’s office building during a snowstorm. After the two women meet and share a martini—courtesy of Karen, of course—they open up to each other.

Karen complains about her boyfriend, who doesn’t seem to care about her, which leads Nikki to clarify that she has only ever had girl problems.

Karen asks: “Are you permanently parked in the lesbian zone, or do you move your car to alternate sides of the street from time-to-time for ploughing?” 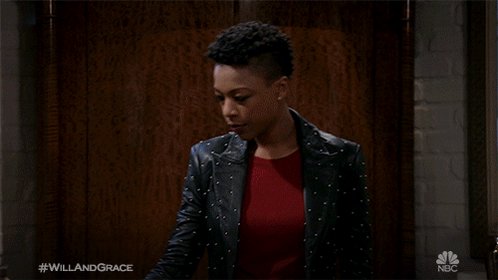 Nikki responds: “This car is parked, up on blocks, with a hundred tickets on the windshield,” according to Autostraddle.

Karen then admits that men who she has been with have always taken it for granted that she doesn’t need help, and Nikki points out that she deserves a partner who takes care of her.

The snow stops, and rather than leaving for her boyfriend, Karen stays, telling Nikki that she feels taken care of. Nikki leans in and the pair kiss, sending queer fans wild.

Fans loved that Karen Walker had a heartwarming same-sex kiss

After more than 20 years of using Karen’s possibly queer sexuality for comic effect, viewers were surprised and delighted to see her engage in a genuinely romantic same-sex kiss.

One fan tweeted: “Will and Grace made Megan Mullally and Samira Wiley kiss and this is why we have to protect basic cable.”

Another said: “did… did anyone else notice that last night’s will & grace had samira wiley and megan mullally’s characters… kissing… earnestly?”

Many people expressed their gratitude over the scene, with one person writing: “samira wiley and megan mullally together… thank you, will & grace, for my life.”

A different commenter tweeted: “I just saw a gif set of Karen Walker kissing Samira Wiley and it immediately took me less than 2 seconds to decide that I must catch up on the reboot of Will & Grace.

“I’VE BEEN WAITING 10 YEARS FOR BISEXUAL KAREN AND THEY’RE GIVING IT TO ME THANK YOU @WillAndGrace.”

Another wrote: “Wait…were they serious about Karen being queer as more than a joke now? Samira Wiley just kissed her?? I…please advise.”

And there may be more to come.

Promotional stills posted on Twitter on Sunday (March 24) appear to show Karen and Nikki paying homage to the scene in groundbreaking 90s sitcom Ellen which saw Ellen DeGeneres’ character come out as gay while accidentally speaking into an airport microphone.

Wiley is set to return for the final two episodes of the season, starting on March 28, so fans will soon find out what comes of their relationship. 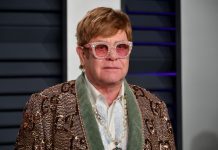