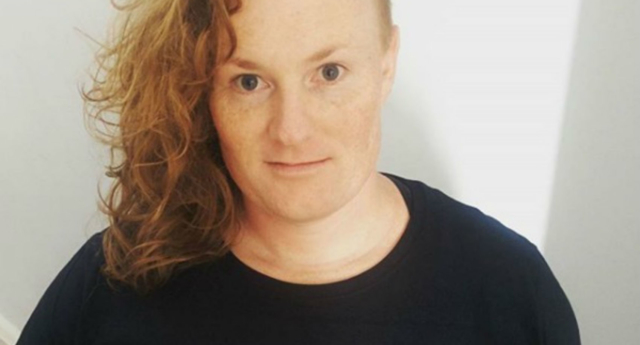 Transgender soldier Bridget Clinch has opened up about how she fought against the Australian army after it tried to dismiss her following her gender reassignment surgery.

When Clinch – who had served in the military for over a decade – told her bosses within the Australian Defence Force that she identified as a woman, she says she was given a termination notice. “I had a medical review and they said I had to leave,” she told 9news.com.au.

“My fight was about getting the policy cancelled. It stated trans people have a psychiatric disorder and need to be kicked out of the military.”

Before Brisbane-based Clinch stood up to the ADF’s policies in 2010, the organisation reserved the right to discharge anyone who openly identified as transgender. It was purely on her advocacy that rules were put in place so as to eliminate that risk for anyone who wanted to serve.

Since then, the ADF has expanded the medical services that all of their soldiers receive to include treatment for gender dysphoria. Official records indicate that 44 members received such treatment between November 2012 and present day. Additionally, 21 have had – or are being referred for – gender reassignment surgery.

Clinch explained that she was inspired to strive towards a fairer work environment, not only by her own struggle but by comparing the ADF’s attitudes to that of armies in Canada and the UK.

“The hierarchy of the army in Canberra was skittish and scared about changing the rules but it was 10 years behind our allies,” she noted.

“This was not progressive, crazy or radical. After the policy change, there were about a dozen trans people who popped up in the first couple of years.”

Now, Clinch is looking to change attitudes and legislation within the Department of Veterans’ Affairs, an organisation that will supposedly spend “thousands of dollars on psychological treatment” instead of funding “the one treatment that will help”; gender reassignment surgery.

“Defence should be covering this because a trans person just needs to get their life on track,” Clinch added. “Before, expensive training and invaluable experience was being thrown away.

“My surgery was covered under the usual medical benefits like it would’ve been if I had of broken my spine, had cancer or needed knee reconstruction. The ideal situation is that it’s just covered under public health like it is in the UK, Canada and other places.”

When asked to respond to claims of active avoidance by 9news.com.au, a spokesperson from the DVA stated: “DVA has funded components of gender reassignment surgery in the past. Requests such as gender reassignment are complex and depend upon multiple factors, including clinical need.