The first same-sex couple to legally tie the knot in Northern Ireland have officially married – after the ban on same-sex marriage was scrapped.

Robyn Peoples and Sharni Edwards of Belfast made history by getting married at 2pm on Tuesday, February 11 at the Loughshore Hotel in Carrickfergus.

Their historic marriage, which took place nearly six years after the first same-sex weddings in England and Wales, comes after MPs in Westminster voted to extend equality to the region in the face of opposition from the Democratic Unionist Party.

There is nothing different about us, say first couple to wed

Speaking to the media minutes after their wedding, Peoples said: “This means everything to us,  to be married, to finally have the opportunity to say, ‘here’s my wife!’

“We are equal to a man and a woman. Our love is just the same. People might try to say it’s not, but it’s the exact same.”

The couple explained that they had not set out to make history so publicly.

Edwards said: “We didn’t expect to be the first couple, it’s coincidental. We would have gone ahead with a civil partnership, but when the deal was passed, it was perfect timing and a happy coincidence.”

She added: “We wouldn’t be here right now if it wasn’t for [LGBT campaigners]. We just want to say thank you to everyone who’s fought for this, who has marched and helped us get to this stage.”

Of the media interest, Peoples said: “For Northern Ireland, we need the faces of people to show everyone that it’s OK. We fought long and hard for the opportunity to be seen as equal, and now we’re here, and it’s just amazing. It really is.”

Prior to the wedding, the couple told media that they have waited five long years for the right to marry in Northern Ireland – getting engaged in 2015 on a trip to Paris to see Ariana Grande in concert.

Edwards said: “I thought it was insane, absolutely crazy to be so behind the times and the rest of the UK. I couldn’t comprehend why people in Northern Ireland were not equal.”

Progress on the issue came about in Westminster thanks to the work of the Love Equality campaign, a coalition of LGBT+ and human rights groups that pressed for change in the absence of the region’s power-sharing government.

Patrick Corrigan, Northern Ireland Director of Amnesty International and part of the Love Equality campaign, told media “Sharni and Robyn’s wedding is a landmark moment for equality in Northern Ireland. We wish them all the love and happiness for their married life together.

“People in Northern Ireland have had to fight longer, harder and overcome more obstacles to win equal marriage than anywhere else in the UK or Ireland. We are proud of the LGBT community here and the thousands who marched alongside them to ensure this day became a reality.

“In winning this campaign, we haven’t just changed the law, we’ve changed Northern Ireland for the better.”

Power-sharing in the region was finally restored in January, after three years.

Unlike in England, Wales and Scotland, currently only civil same-sex weddings can take place in Northern Ireland. The UK government is currently consulting on how to extend the process to pro-LGBT religious communities. 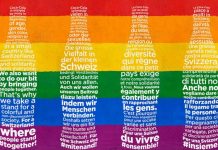 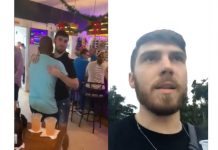