Wandering into a Target store in suburban Maryland America several days ago. Right there, in that retail glue trap at every store entrance — known as the dollar spot — there was a full, two-aisle explosion of rainbow. There were as many disposable trinkets made in China commemorating the June LGBTQ celebration of Pride as there were red, white, and blue Fourth of July tchotchkes.

And it’s not even cleverly disguised trinkets for a 6-year-old’s birthday party. There’s rainbow flasks; shiny, rainbow boxer briefs in XXL; and bi and transgender flags.

Target is just lefty, you say? It’s only in some of its stores, not all? Okay.

How about this? In the alternate, blue/red culture retail war, check out Walmart’s Pride section online.

Type “Pride” into its shopping search bar, and you don’t get a Jane Austen paperback. You get a “Fifty Shades of Gay” T-shirt, with a rainbow USA. Here’s another: a brightly colored “Closets are for Clothes.”

Remember, this is Walmart, the all-American, gun-selling chain that stopped offering Confederate flag bikinis and beer cozies because American consumers showed they have had enough of the losing side’s flag.

Or go to Party City, where the Pride aisle is now bigger than the First Communion and Baptism section. (And in a separate but related cultural argument, Ramadan-themed plates, cups and napkins are being sold in some stores.)

It’s a silly measure, maybe, but a telling one. Because common sense — fueled by humanity, equality and capitalism — is winning.

We saw the marketplace in action just last month, when an employee in a historic Virginia hardware store burst out with a gay slur and was fired.

And it’s different from the marketplace’s awakening to the gay market years ago, when it was seen as a bunch of partying, childless, buff dollar signs looking for cruises. Companies such as Apple, Anheuser-Busch, Macy’s and Marriott are finally figuring out that LGBTQ Americans are their customers, too.

“The toothpaste is out of the tube,” as longtime LGBTQ public relations strategist Cathy Renna put it.

The huge changes of the past two decades — especially the legalization of same-sex marriage — have opened the closets and invited queer folks out of the shadows.

And in less than one generation, our society embraced the lesbian aunt, the transgender soldier, the gay teacher and the bisexual cashier, realizing this is who we are — this is us.

An entire generation has now grown up with “Will & Grace” and same-sex marriage. I remember the uproar when “Melrose Place” almost had a gay kiss in 1994. Today, Maryland gubernatorial candidate Richard S. Madaleno Jr. is airing a campaign ad that shows him kissing his husband. Boom.

It may get some hate when it airs on “Fox & Friends.” Homophobia will always be around.

“There is a rise in hate crimes; there is a spike in hate,” Renna said. The political climate “has created this permission of hate, one that we haven’t seen in a long time.”

A change like that is a step back to 1953, when a gay purge was government-sanctioned thanks to Executive Order 10450. President Dwight D. Eisenhower banned federal employees who showed “sexual perversion” with that order. It’s when Frank Kameny was fired from his D.C. job as a federal astronomer and began his decades-long fight for gay rights.

It looks like the folks at Target America are going to lead the world by being the first giant retailer to offer a pride range. How about Target Australia shows a little of their support? 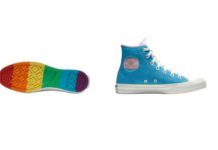 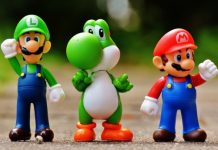 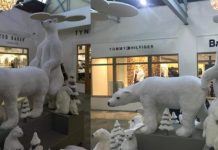