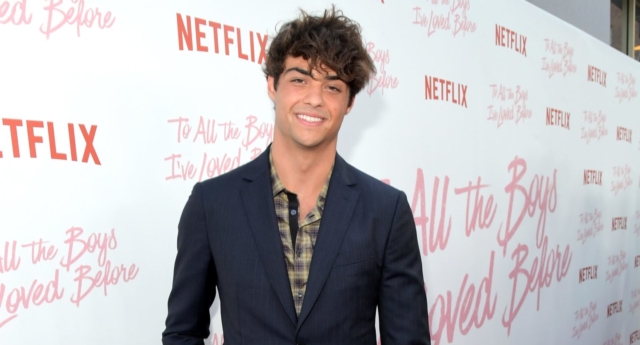 Meet Noah Centineo, the star of Netflix’s To All the Boys I’ve Loved Before—and many queer dreams.

Centineo, 22, has become the internet’s heartthrob of the moment following his appearance as hot jock-with-a-heart Peter Kavinsky in Netflix’s adaptation of To All the Boys, which is based on a young adult novel by Jenny Han.

In the movie, Centineo plays a high school student who finds himself in a messy love quadrangle after receiving a years-old love letter addressed to him by main character, Lara Jean Covey, played by Lana Condor.

The sweet coming-of-age movie has been certified a respectable 95 percent fresh on Rotten Tomatoes.

Centineo also got a few other people hot under the collar with his appearance in the Netflix movie:

Centineo is not, in fact, gay, as confirmed by this tweet he posted in August 2017:

“I got asked if I was gay the other night because I turned down Casual Sex,” wrote the actor.

“Guys…it’s cool to fuck with a connection not just a girl.”

As well as being impossibly handsome, Centineo has an impressive array of acting credits including TV drama The Fosters and 2014 movie How to Build a Better Boy.

And he was also in the music video for “Havana,” the ultimate summer bop from Camila Cabello that stormed the charts last year.

Speaking about the video, Centineo told BuzzFeed, “That was incredible. I got a phone call from my manager when I was on set of The Fosters, and he says, ‘Hey man, so we have an opportunity for you to work on a music video. I’m not sure you’re going to want to do it.’

Get the latest in Out Down Under news by clicking on the banner at the top of this news story and subscribing to our Newsletter. Also click on the home page and read some other exciting stories.