A new organisation called Equality Australia has been launched by leading LGBT+ activists in the country to fight for equal rights.

A number of activists appeared in a video which was posted to the organisation’s new Facebook page, where they outlined the issues still facing LGBT+ Australians.

The organisation’s CEO Anna Brown opens the video, saying: “Last year we campaigned for a more equal Australia, and together we achieved something truly amazing.

Other activists then add their perspectives, with one pointing out that many LGBT+ people in Australia “still face discrimination at work, at school and on the streets.”

Another says: “Some people, including politicians, think the job is done. But discrimination didn’t end when we achieved marriage equality.”

The video concludes with Brown, who says: “If we’re going to do this, it’s going to take every one of us and we have to get started right now. We’re in, are you?”

Equality Australia’s official website reiterates these points, with the message: “We are not done yet.”

“Faith-based schools are allowed to legally expel trans and gay students, as well as fire teachers because of their sexuality or gender identity,” the website reads.

“People born with intersex (a combination of male and female) biological characteristics are considered broken and subjects to ‘normalising’ treatments and surgeries as infants and children before they can ever give consent.

“So called ‘conversion therapy’ is still happening inside certain religious communities that see gay and trans people as sick and broken, instead of human and whole.

“We stand together and we stand proud because no one deserves to be treated as less-than for simply being who they are. Not the rainbow family. Not the trans teenager. Not the teacher or student just trying to go to school.

The Sydney Morning Herald reports that Equality Australia is made up of a group of activists who led the campaign for marriage equality in Australia.

They report that the group is drawing on $500,000 of leftover funds from the marriage equality campaign.

This time last year, Australia’s parliament passed a bill which legalised same-sex marriage after a postal vote in which 61.6 percent of people voted in favour of equal marriage.

He also believes that people of strong religious views “have been subject to quite dreadful hate speech and bigotry,” and that discrimination against religious people “always starts innocently and it’s always said it is just a joke.”

In October, Morrison was criticised by LGBT+ groups after he defended plans to allow faith schools to discriminate against gay children.

However, he later backtracked on the comments, saying that he was “not comfortable” with the idea of religious schools turning away gay students. 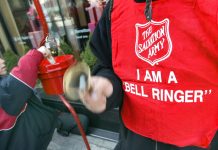 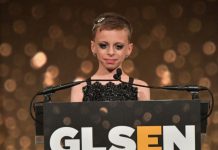