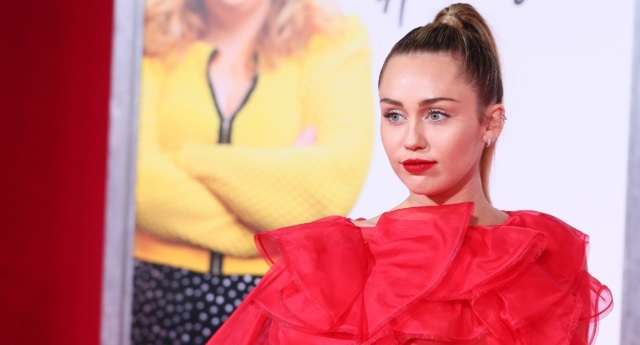 Miley Cyrus has revealed that she shared her first kiss with a girl.

Talking to RuPaul and Michelle Visage as a guest on their What’s The Tee? podcast, the pansexual singer discussed how she puts her platform and wealth to good use in the form of non-profit organisation, the Happy Hippie Foundation.

The charity focuses on combating youth homelessness and the LGBTQ community, which led on to her opening up about her own experiences and how she discovered what issues she cared about.

“When I was growing up, my first kiss was with a girl in middle school and no one could understand [that] in Nashville,” Cyrus—who married actor Liam Hemsworth in December 2018—recalled to the hosts.

“I was one of the only kids on Disney who would come out and say that I supported all my gay friends and no one could say that. That was always really important to me to find what mattered to me.”

Later, the 26-year-old star continued: “Even aside from being about sexuality, it represents being your f***ing self. It doesn’t have to attach to who you love, it’s about you loving yourself.’

Cyrus took part in the podcast before appearing on the Season 11 premiere of RuPaul’s Drag Race on Thursday (February 28). She drew comparisons between what the queens do on the hugely-popular reality TV show and Hannah Montana, the teen television series that saw her character lead a double life as a regular school girl and a world famous pop star.

“I loved the show because I realised all these kids, especially on Instagram now, there’s these young boys and girls, 10 years old, doing drag,” she said, excitedly. “I’m like, wonder where they got that idea!”

But she wasn’t always so enthusiastic about her beginnings in showbiz.

“From 18 to probably two years ago, I hated it,” Cyrus confessed as she looked back on her more rebellious Can’t Be Tamed and Bangerz era. “Since the last record, my last record was called Younger Now and it says, even though it’s not who I am, I’m not afraid of who I used to be. That was my epiphany.”

She added: “I didn’t really get to be a kid very much, because I worked so much. But I wanted that. I’m not a sob story of someone made me or cracked the whip, I wanted it.”