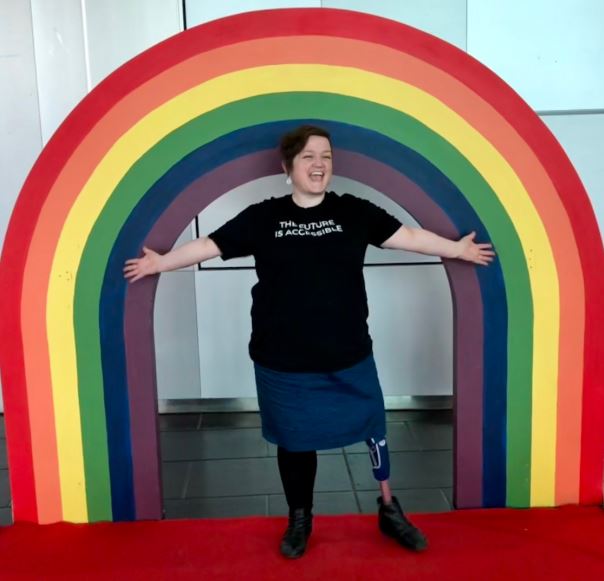 An Australian lesbian has opened up about her wife’s upsetting experience in a bowling alley, where a security guard asked her to leave the premises for using the women’s bathroom.

However, the couple’s night was ruined when Charlie was stopped by a security guard after leaving the women’s bathroom, who “aggressively told her to leave the premises.”

Walton said: “Char was incredibly upset and asked why. The guard said it was because she had used the women’s toilets.

Walton said that the guard then threatened to forcibly remove her from the premises, and called another security guard.

“My partner was so scared,” she added.

After Charlie introduced herself to the second security guard, and said her name was Charlotte, they decided to let her go.

Since the incident – which happened last weekend – Walton said that she and her wife have received “so much support” from trans and non-binary people, however added that her wife is a cisgender lesbian.

In another tweet, Walton explained that her partner often experiences discrimination in using women’s toilets because of “her presence and appearance.”

“They feel entitled to police gender in bathroom environments. It’s weird and awful.”

After complaining to the bowling alley’s upper management, Walton said management contacted them directly to apologise for the incident. 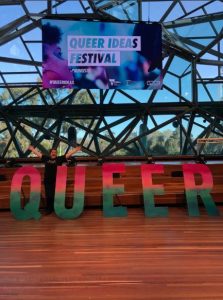 She added that they are looking at ways to prevent similar incidents from happening in the future.

Management later sent her a handwritten letter of apology and a gift to her partner to make up for their error, and are going to implement LGBT+ awareness training for staff.

Walton has previously been vocal about her support for the trans community, and her children’s book, Introducing Teddy, tells the story of a teddy bear who tells her friends that she is a girl teddy, and not a boy teddy.

Teddy’s friends respond with love, care and respect, and their friendships are strengthened by the experience.

Walton wrote the book as she wanted to be able to read books to her children that reflected the diversity in her own family, after her dad Tina came out as transgender a number of years before.