A film adaptation of the lesbian musical The Prom is coming to Netflix in 2020, but it is already receiving criticism online because it will star James Corden.

The Tony-nominated Broadway show The Prom revolves around a lesbian high school student who is denied permission to bring a female date to prom.

Although Netflix had already confirmed that a film adaptation directed by Ryan Murphy was in the works, on January 3 it announced on Twitter: “Ryan Murphy directs this story of a lesbian teenager who’s banned from attending the big dance with her girlfriend.

“The injustice prompts a cast of Broadway eccentrics to descend on the small Indiana town to fight back.

The Christmas special of BBC comedy Gavin and Stacey, which Corden both starred in and co-wrote with Ruth Jones, divided viewers over the unnecessary inclusion of a homophobic slur in The Pogues’ song ‘Fairytale of New York’.

Corden has not acknowledged or apologised for the use of the slur, but the lyrics were defended by the BBC.

A BBC spokesperson told Metro: “‘Fairytale of New York’ is a very popular, much-loved Christmas song played widely throughout the festive season, and the lyrics are well-established with the audience.”

Still reeling from the inclusion of the slur on Christmas Day, the announcement that Netflix has cast Corden in an LGBT+ film has further angered LGBT+ people online.

One person, in response to Netflix, wrote on Twitter: “I’d rather get hot and heavy with Dominic Cummings than watch this.” Another said: “Haven’t lesbian teenagers suffered enough? James Corden?”

Others, while initially excited about the film version of the iconic musical, were put off by the casting decision.

One person wrote: “Had me at lesbian, lost me at James Corden.”

had me at lesbian lost me at james corden https://t.co/SXfpPJyaf9

The Broadway musical made history in August 2019 by hosting a real-life lesbian wedding on stage. A crew member tied the knot on stage, and was married by the co-author of the book The Prom, Bob Martin, who got ordained online for the on-stage ceremony. 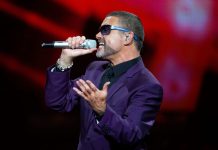 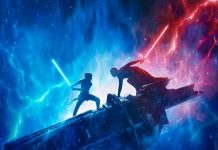 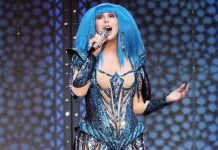