A gay pastoral associate from California has resigned following a spate of homophobic abuse, including thugs breaking into his church’s offices and spray-painting “no fags” on a wall.

Aaron Bianco handed in his resignation letter to Saint John the Evangelist Catholic Church on October 19, saying he was stepping down “out of fear for my family and myself,” reports National Catholic Reporter.

On October 15, vandals broke into the office where Bianco worked and graffiti the anti-gay slur onto the wall.

In an email to his colleagues on October 16, seen by PinkNews, Bianco explained that this act of vandalism was the latest in a series of homophobic incidents against him.

He said that he had been receiving emails and phone calls from individuals who were “equating homosexuality with pedophilia.”

“Some individuals going as far as accusing me of being a pedophile because I’m gay,” wrote Bianco.

“It didn’t stop there. I began to get death threats and threats made against the parish.”

Bianco went on to criticise an article in anti-LGBT+ Christian website Church Militant, which had written about him and bishop Robert McElroy.

He added that someone had also tried to light the doors of his church on fire about two weeks ago.

Bianco explained that at various church sessions some attendees had questioned him with “anger and hate,” with a number having to be escorted by security.

“I have really tried to figure out why myself and St. John’s have been targeted knowing there are other ministries in San Diego,” wrote Bianco.

“I believe it is because I am an employee of the diocese and have been running the day to day business of the parish since Bishop John was elevated and left. As I look back, the first wave of hate and discontent towards me came right after Bishop John was appointed Auxiliary.”

He added: “I’m sending this out because we as Catholics, who love the Church, need to stand up and say no more to the hate filled rhetoric of groups like Catholic Militant. We can no longer stand by and act like it’s all ok. It’s not!! This is our home and we must take our rightful place!!”

Martin, a US Jesuit priest, wrote about the episode in a post published on Facebook on Tuesday (October 16), identifying the church worker as a man called Aaron from a parish in California.

He said the incident was “result of the relentless homophobia and hatred being peddled in some quarters of the Catholic Church today.

Find out the latest in news from Out Down Under and local events in your area by clicking on the banner at the top of this page. 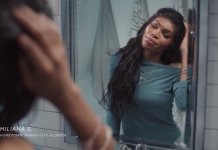 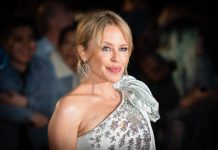