Tiger King‘s Carole Baskin twirled across the stage in a hot pink tiger print outfit and flower crown during her Dancing with the Stars debut, but her performance was overshadowed by an ad for her missing ex-husband.

Carole Baskin, owner of Big Cat Rescue, shot to infamy after the release of the hit docuseries Tiger King, which tells the bizarre story of gay redneck tiger breeder Joe Exotic and the pair’s bitter rivalry.

Earlier this month, it was announced that Baskin would, confusingly, compete on the 29th season of Dancing with the Stars to “keep the cats forefront in the viewers’ eye”.

But when the first episode aired on Monday (14 September), viewers were distracted from her performance by an advert which aired during the show, featuring the family of her former husband Don Lewis.

Baskin’s late husband mysteriously disappeared in 1997 and was declared legally dead in 2002.

Viewers came up with elaborate theories about her missing and presumed to be dead husband, speculating whether or not she killed him, as Joe Exotic alleged.

Exotic, now in prison for plotting to kill Baskin, has long claimed his nemesis murdered her late husband and fed him to their tigers.

No evidence of Lewis being killed has ever surfaced, and Baskin vehemently denies having any involvement, but investigators believe it is unlikely that he disappeared on his own.

Appealing for information and offering a $100,000 reward in the Dancing with the Stars ad break, the family’s attorney said in the advert: “Don Lewis mysteriously disappeared in 1997.

“His family deserves answers. They deserve justice. Do you know who did this, or if Carole Baskin was involved?”

For the dance competition, Baskin has been paired with Pasha Pashkov, but their first performance disappointed the judges.

Dancing the Paso with added growls and clawed hands to the soundtrack of “Eye of the Tiger”, in front of a psychedelic tiger and dressed in matching tiger print, the pair scored just 11 out of 30 points. 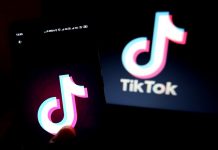 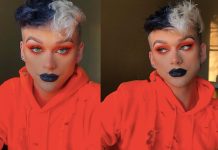 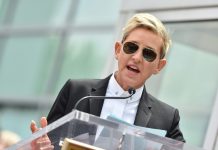