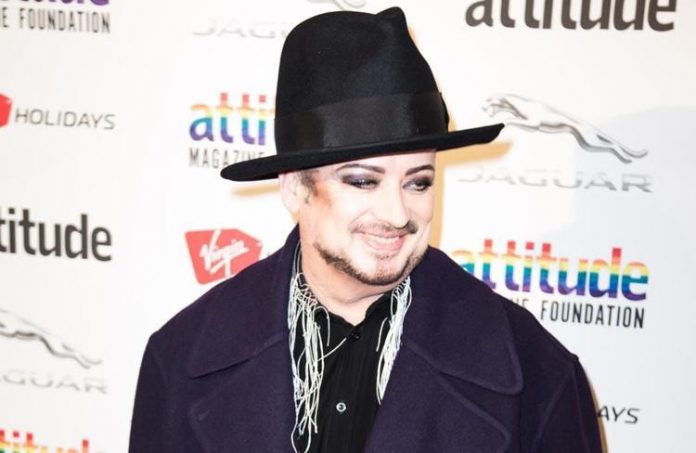 The 57-year-old singer – who was a pioneer for gay culture in the 80s with his androgynous style of dressing and openness about his homosexuality – believes that “people tend to simplify things” with regards to sexuality and insists that there is “no one type of gay person”, the same as with heterosexual individuals.

Speaking to BANG Showbiz at the Virgin Holidays Attitude Awards at The Roundhouse in Camden, London, on Thursday night, he said: “It’s a funny old time, I think we live in this strange time in history where everyone thinks they understand everyone they understand the gays they understand everyone. They wanna put us all in a little box and the problem with it though, and I’ve been saying this since the beginning of my career, there’s no one type of gay person; they’re multi-faceted, complicated. Just because you wear makeup and dress up it doesn’t mean you have anything in common with other people who do it. What tends to happen these days people try to simplify things and I just wanna live in a world when none of this stuff matters.

“Why do we value people on their sexuality? It’s ridiculous plus it’s always people that it’s got nothing to do with that get upset about it. I’m not the authority on heterosexuality, I don’t claim to be, but I’m also not heterophobic.”

Although the Culture Club frontman thinks being a celebrity used to make it easier to be accepted he believes that “every day society” has changed for the better for the LGBTQ community, especially in the UK.

The ‘Karma Chameleon’ singer said: “People are amazing, people have always been amazing – the problem with celebrity and fame is that it kind of gives you sort of a fantasy you can be whatever you want to be because you’re famous. But in everyday society things have changed people are more open minded people talk about things more it’s a great.”

This article originally ran on celebretainment.com.