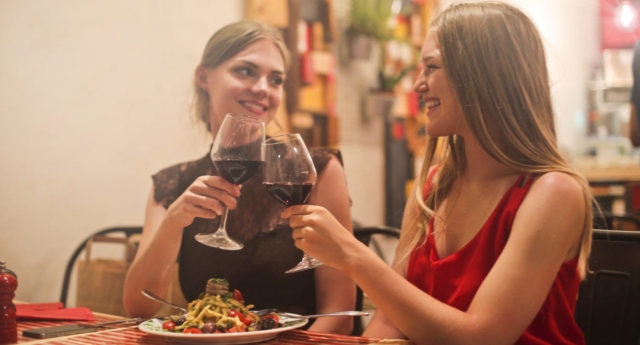 People in relationships gain weight, a new study has discovered.

It’s long been suspected that even though being loved up is good for your heart, it might not be the best for your waistline.

Of course, you might not care what you look like if you’re happy – and that is one of the reasons given to explain the new results. 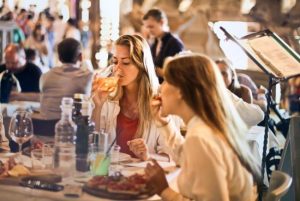 Lead author Stephanie Schoeppe, along with other researchers at Central Queensland University in Australia, looked at 10 years’ worth of data from more than 15,000 volunteers.

The respondents were asked questions about their lifestyle choices, like how active they were, how much TV they watched and how many takeaways they ate.

On average, people in happy relationships weighed 5.8kg more than their single counterparts. 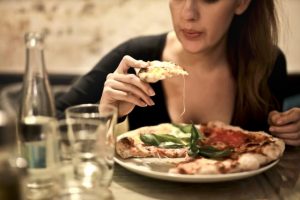 This involved an average weight gain of 1.8kg per year.

Schoeppe explained: “When couples don’t need to look attractive and slim to attract a partner, they may feel more comfortable in eating more or eating more foods high in fat and sugar.

“When couples have children in the household, they tend to eat the children’s leftovers or snacks.” 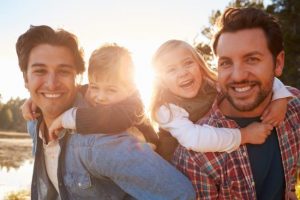 The research discovered that couples actually eat more fruit and vegetables than single people, and avoid fast food and cigarettes at a higher rate as well.

And in the study, the authors reasoned that “marriage (or de-facto relationships) comes with spousal obligations such as regular family meals.

“While they may include more healthy foods such as fruits and vegetables and less fast food, people often consume larger portion sizes and more calories in the company of others than they do alone, resulting in increased energy intake.” 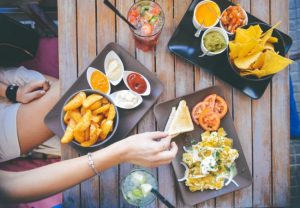 Researchers also found that especially when living together, couples often feel encouraged to stay in, watch TV and drink alcohol together, all of which are behaviours which can lead to weight gain.

At least same-sex couples can be safe in the knowledge that they are, on average, happier than people in straight relationships.

After questioning more than 25,000 people in the UK and over 9,000 in Australia, researchers revealed last year that gay and lesbian couples were better off. 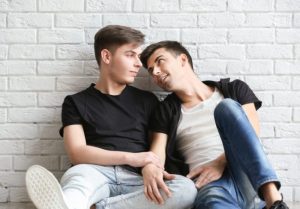 However, bisexual people suffered from worse relationships, on average, than straight or homosexual people.

Francisco Perales and Janeen Baxter from the University of Queensland conducted the study.

In their findings, they wrote: “Relationship quality in same-sex couples was as high as in heterosexual couples in the United Kingdom, and higher in Australia. 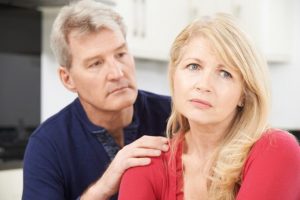 “The lowest relationship quality in both countries was reported by bisexual individuals.”

The researchers suggested that gay and lesbian couples might have better relationships because they are less concerned about sticking to stereotypical gender roles.

For the latest in Out Down Under news for the Australian LGBTQ Community click on the banner at the top of this page and be part of our newsletter.